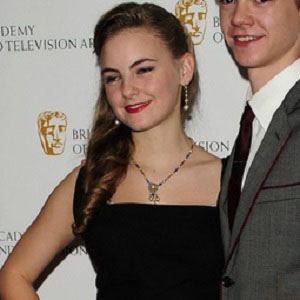 Sister of Thomas Brodie Sangster who performs alongside her brother in the band supporting Winnet.

She appeared in the film The Last Legion alongside her brother.

She is joined in Winnet by her father who plays the drums and her mother Tasha who is the singer known as Winnet. She appeared in the 2007 movie The Last Legion. She cites Marilyn Monroe and Billie Holliday as her biggest musical inspirations.

Her father Mark Ernest Sangster is an actor, musician and film editor.

Her second cousin, once removed is Hugh Grant.

Ava Sangster Is A Member Of