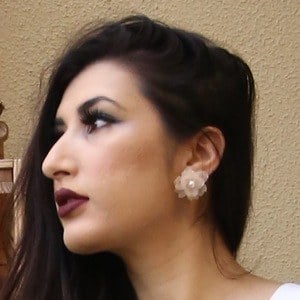 Indian actress who has appeared in films such as Crocodile Love Story and Vundile Manchi Kalam Mundu Munduna. She played the part of Fatima in the 2013 film Neelakasham Pachakadal Chuvanna Bhoomi. She has also acted in TV shows like Athmasakhi in the part of Dr.Nanditha.

One of her initial acting roles was as Nagayakshi in the 2012 movie  Yakshi - Faithfully Yours. Prior to that, she won the Miss Malabar title in the 2011 beauty pageant.

She has done film and Tv projects in multiple different languages, including Malayalam, Tamil, and Kannada. She has also earned over 210,000 followers on her avantii2 Instagram account.

She was born and raised in Dubai but her parents are from the Indian city of Calicut.

Avantika Mohan Is A Member Of