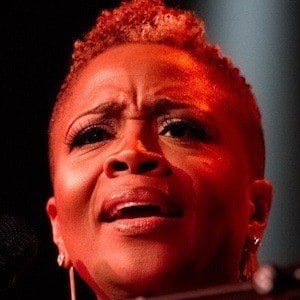 Soul singer and pianist known for her 2010 self-titled album, which spawned the hit single "Stalker." She has also been a choral director for performances by artists like Michael Buble.

She started studying classical music at age eleven performed in her first recital at thirteen.

Atlanta newspaper Creative Loafing named her debut album as Album of the Year.

She was born Denise Nicole White and grew up alongside a brother. Her aunt was also the director of a church choir.

Early in her career she played at the famous Apache Cafe, which has acted as launching pad for artists like India Arie.

AverySunshine Is A Member Of