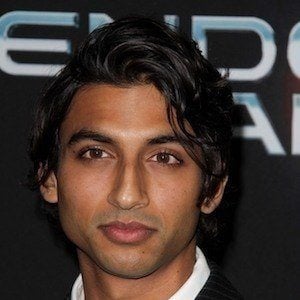 Actor who began appearing as Siddiq on The Walking Dead during the hit zombie drama's seventh season. He has had small roles on shows like Silicon Valley and appeared in feature films like Barry (2016) and Amateur Night (2016).

He graduated with honors from Stanford University, where he majored in mathematical and computational science. He has worked as an English teacher and a bicycle tour guide.

He scaled Mount Roraima in South America in 2014.

He has three sisters.

He began appearing with Andrew Lincoln on The Walking Dead in 2017.

Avi Nash Is A Member Of