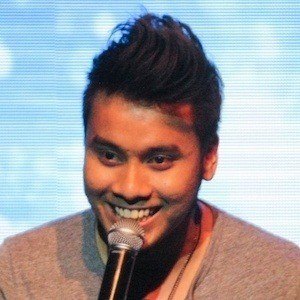 Pop balladeer who became a star in his native Singapore as the leader of the band Bhumiband. After leaving the band, he found further popularity as a solo artist with songs like "Kalau Aku Kaya," "Pulanglah" and "Bila Aku Jatuh Cinta."

He attended Dazhong Primary School and began writing his own songs at age 13.

He was a celebrity contestant on the first season of the songwriting competition Mania! in 2012.

He is the youngest of three children.

He was featured on rapper Altimet's song "Kalau Aku Kaya."

Awi Rafael Is A Member Of