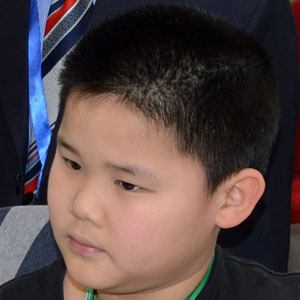 Chess prodigy from Wisconsin who made news by becoming the youngest Chess Expert ever accepted into the U.S. Chess Federation. He also became the youngest person ever to defeat a Grandmaster at just nine years old.

He won the gold medal in the Under-8 portion of the World Youth Chess Championships held in Brazil.

He achieved the rank of Expert at eight years and seven days old.

He has been coached in chess by his father, Will.

He beat Italian player Fabiano Caruana's record for being the youngest person to defeat a Grandmaster.

Awonder Liang Is A Member Of