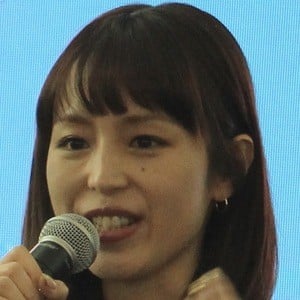 Voice actress and known for her work in anime, visual novels, and TV commercials.

Her first voice role was in Angel Tales. She was a member of the band SpringS from 2002 until 2003.

She received her breakthrough role in 2006, when she was cast in The Melancholy of Haruhi Suzumiya as the title character.

Her family was residing in Nagoya, Aichi Prefecture, Japan when she was born. She suffered from a pituitary gland tumor beginning in junior high school, which would later hinder her voice-acting career.

She voiced Dende in Dragon Ball Kai, a role that was handled by Laura Bailey in the redubs of the original version of the series.

Aya Hirano Is A Member Of