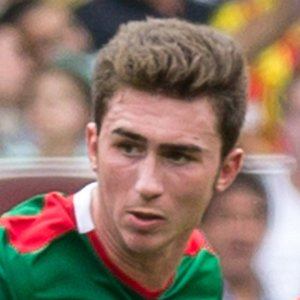 Soccer player who was named to La Liga's Team of the Year for 2013-14 as a member of Athletic Bilbao. In 2018, he'd sign with Manchester City.

He played rugby in addition to soccer as a child. He began his youth soccer career with SU Agen Football in 2000.

In 2010, he became just the second French player ever to play for Athletic Bilbao. He began representing France at the under-17 level and earned more than 50 caps as a youth player.

He has been in a relationship with Sara Botello.

He has played with Vincent Kompany at Manchester City.

Aymeric Laporte Is A Member Of