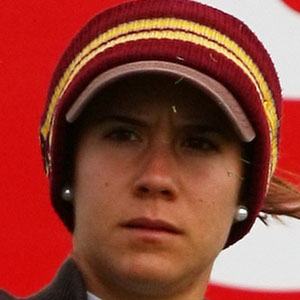 Spanish golfer who was named LPGA Tour Rookie of the Year in 2010.

She won the 2002 Spanish Amateur title when she was 14 years old.

She was born and raised in Malaga, Spain.

She competed against Swedish golfer Annika Sorenstam in PGA events.

Azahara Munoz Is A Member Of