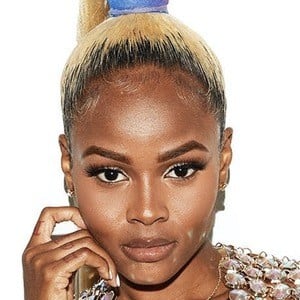 American actress who is best known for appearing on the TV Mini-Series documentary Hustle in Brooklyn. She has also worked as a singer, rapper, and model.

She first appeared in Hustle in Brooklyn in October 2018.

She played the small role of Club girl #1 on line in the 2018 film Ladies Love Leo Littles: A Lesson in Chivalry. She studied at Virginia State University.

She is the is the first born child of her Haitian mother and Trinidadian father.

She is an actress who comes from New York much like Skai Jackson.

Azia Toussaint Is A Member Of