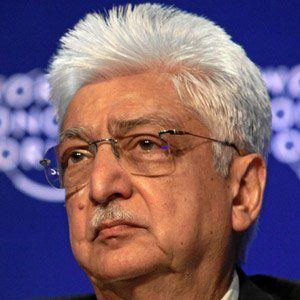 Indian business tycoon in the software industry who lead Wipro Limited for over four decades, making it one of the most profitable companies in all of India. He is also a recognized philanthropist, and was the first Indian to join the Giving Pledge, created by Warren Buffett and Bill Gates.

In 1967 he returned home from Stanford University, where he was studying engineering, to take charge of Wipro.

He is one of the wealthiest men in all of India like Mukesh Ambani.

Azim Premji Is A Member Of