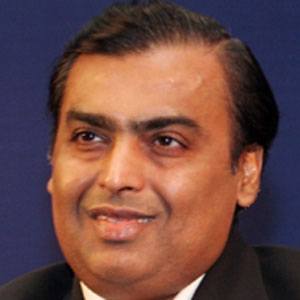 Chairman of Reliance Industries who was ranked as the richest Indian in the world and the second-richest man in Asia in 2013.

He dropped out of Stanford University's business school in 1980 to start his first business.

He was ranked 22 on Forbes List of Billionaires in 2012 with an estimated wealth of $21.5 billion.

Mukesh Ambani Is A Member Of