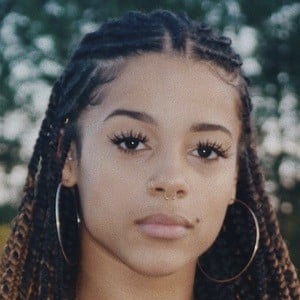 Vlogger whose channel began to take off in late 2014 with her videos about her pet bunny. She has since won more than 750,000 subscribers with her hauls, makeup tutorials, challenges and more.

She grew up in North Carolina and began posting to YouTube in March 2014.

She has competed for Sonshine Gymnastics. She has been an ambassador for the Savage X Fenty brand which was started by Rihanna.

Her mother, younger sister and younger brothers have all appeared on her channel.

Her impression of Colleen Ballinger's Miranda Sings character became one of her most popular videos.

Azlia Williams Is A Member Of