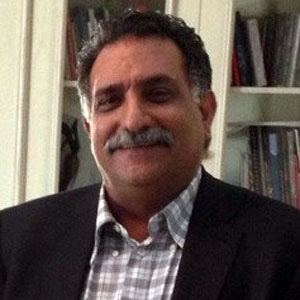 Israeli politician and founder of the Balad Party which builds its platform upon the needs of the Palestinian population. He was stripped of is parliamentary benefits after he fled Israel amid allegations that he had passed information to the enemy during wartime and received large sums of money from abroad.

While in collegeat the Hebrew University of Jerusalem he founded the Arab Student Union and later received his PhD in philosophy at Humboldt University of Berlin.

He has acted as General Director of the Arab Center for Research and Policy Studies in Doha, Qatar.

At one time he was considered to be possibly as important to peace on the Gaza Strip as Yasser Arafat.

Azmi Bishara Is A Member Of