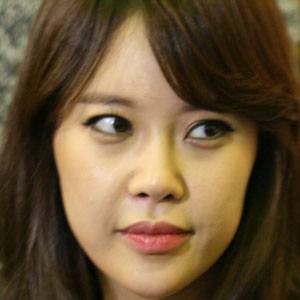 Pop singer who released the albums Smile and The Sixth Miracle and was the MNet Asian Music Award winner for Best Female Solo Artist in 2006.

She first gained attention in the dance music scene in 1999 with the single "Choice."

She was embroiled in a controversy when a sex tape of her and her manager was leaked to the internet in 2000.

She is a South Korean pop star like Psy.

Baek Ji-young Is A Member Of