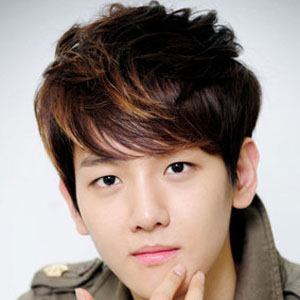 Ninth group member and main vocalist of the South Korean pop sensation EXO. He is also a member of the group's sub-unit EXO-CBX and the supergroup SuperM. An actor as well, he made his TV debut on the South Korean series Moon Lovers: Scarlet Heart Ryeo in 2016.

He was a member of the marching band at Jungwon High School.

In 2011, he joined the S.M. Casting System which led him to joining S.M. Entertainment.

He was born in Bucheon, Gyeonggi Province, South Korea and has a brother named Byun. He dated Kim Tae-yeon from 2014 until 2015.

He became a member of EXO alongside Park Chanyeol.

Baekhyun Is A Member Of