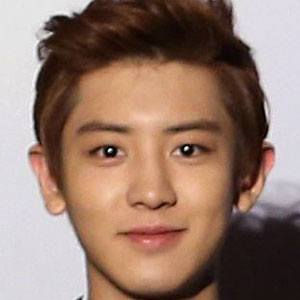 South Korean rapper and singer born Park Chanyeol, who fronts the boy band EXO. The band had a number-one single with "Mama" in 2012.

He learned to play the drums, guitar and bass guitar in high school.

He has said that the 2003 comedy School of Rock inspired him to learn how to play the drums.

He has an older sister named Yoora Park.

He is joined by Sehun in EXO.

Chanyeol Is A Member Of