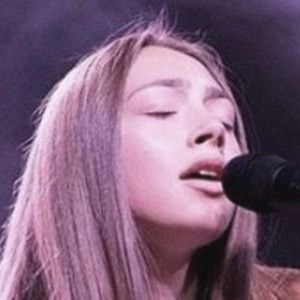 Singer who began earning buzz as a teenager with tracks like "Numb," "Wrong Kind of People" and "Am I Talking To You?" She previously performed under the name Bitter's Kiss, releasing her first EP in 2015.

She grew up in Weehawken, New Jersey.

Her real name is Chloe Grace Baker. She is the daughter of producer and multi-instrumentalist Michael Baker.

She has been friends with model Lani Lynn Baker.

Baker Grace Is A Member Of