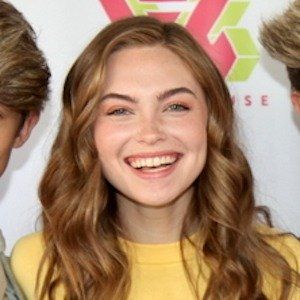 American model and blogger who has gained fame for modeling for brands such as Exit Peru, Neiman Marcus, Caycee Black, and more. She became a model on NBC's Deal or No Deal.

She has been signed to LA Models and the Kim Dawson Agency.

She often posts to her blog The Model Diet. She has over 420,000 followers on her heyitslanilynn Instagram account.

She has two siblings. She married Garret Randol in 2019 after meeting him earlier that same year.

She is the older sister of Maverick Baker and Cash Baker.

Lani Randol Is A Member Of