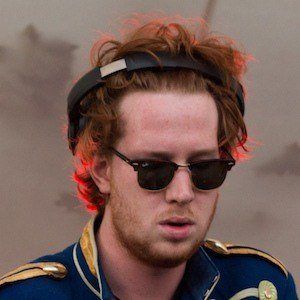 Dance music producer and DJ who became a major force in European house with tracks like "Teach Me," "Zomer" and the platinum-selling "One Day (Vandaag)." He is the creator of the radio show Bakermat's Circus as well as the touring show of the same name.

He was raised in the village of Markelo in Overijssel, Netherlands. He was a psychology major at Utrecht University.

He has separated himself from many other DJs by incorporating instruments like violin and saxophone into his live performances.

His birth name is Lodewijk Fluttert. His parents own their own Italian restaurant.

Bakermat Is A Member Of