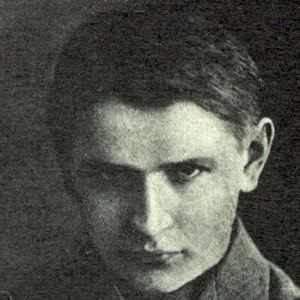 Lithuanian novelist, poet, playwright, and literary critic who is best known for a novel entitled The Forest of Gods. The autobiographical work is based on his time spent in a Nazi concentration camp.

He received a Ph.D. in Lithuanian folklore from the University of Munich.

He and nearly fifty other Lithuanian-born intellectuals were imprisoned in a Nazi concentration camp in the spring of 1943.

He was raised in Birzai, Lithuania, and he later relocated to St. Petersburg, Munich, and finally, Vilnius.

He and Czeslaw Milosz were both Lithuanian poets.

Balys Sruoga Is A Member Of