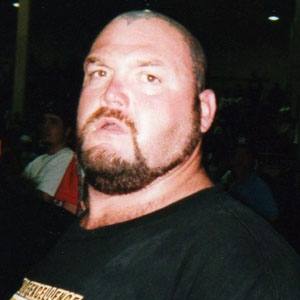 Pro wrestler known for his mammoth size and surprising agility who performed in major promotions like the WWF, WCW, and ECW.

He trained with Larry Sharpe to become an entertaining heel.

In 2000, he suffered severe burns after rescuing three children from a burning house. In the 90's, he wrestled against former NFL star Lawrence Taylor. Before finishing his career, he teamed with Dallas Diamond Page to create a championship team.

He had three children with Dana Fisher. He died of a drug overdose in 2007.

He wrestled with the "The King" Jerry Lawler.

Bam Bam Bigelow Is A Member Of