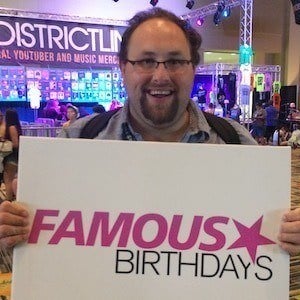 Theme park enthusiast and host of the Attractions Show, the weekly video series that accompanies Attractions Magazine. He is also an actor and has had small roles in films like Year One and Sharknado 3: Oh Hell No!

He worked in attractions at both Walt Disney World and Universal Orlando. He then became the vice president of WDW News Today and worked at M&M's World and Ripley's Believe It or Not! before launching Attractions Magazine.

One of the most popular videos on the Attractions Magazine YouTube channel is "Cheetah and dog friends celebrate anniversary together at Busch Gardens Tampa," having earned more than 9 million views after it was posted in 2012.

Both he and Robb Alvey are popular theme park-related YouTube personalities.

Banks Lee Is A Member Of