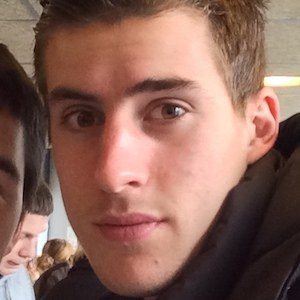 French soccer player who has been a member of Angers Sporting Club de l'Ouest. He joined the club as a midfielder in 2016.

He made his Ligue 2 debut against CA Bastia in October 2013.

He hails from Saint-Doulchard in France.

He has been a soccer player from France, much like Karim Benzema.

Baptiste Santamaria Is A Member Of