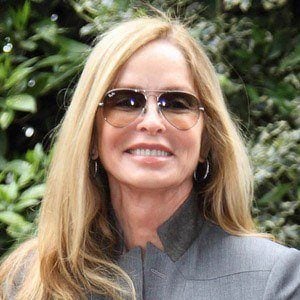 Bond girl who appeared in The Spy Who Loved Me and married Ringo Starr. Her other films include Up the Academy, Caveman, and Princess Daisy.

She left school to become a model. In 1968, she debuted in The Adventures of Ulysses.

She earned a Master's degree in Psychology from UCLA, and started the Self Help Addiction Recovery Program with George Harrison, Eric Clapton, and Pattie Boyd .

She married Ringo Starr in April 1981. She also had a son named Gianni and a daughter named Francesca with Augusto Gregorini, whom she was married to from 1968 to 1978.

In 1978, she starred alongside Harrison Ford in Force 10 from Navarone.

Barbara Bach Is A Member Of