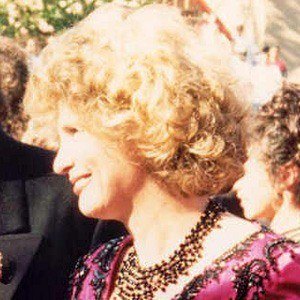 She supported herself through college taking on various jobs including being a secretary, television production assistant and a Playboy Bunny.

She was nominated for an Emmy Award five times for her role on Hill Street Blues.

She had two children with Steven Bochco, whom she married in 1969 and divorced in 1997.

She used to be married to Steven Bochco.

Barbara Bosson Is A Member Of