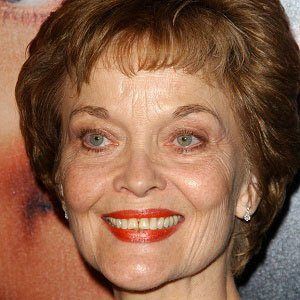 Veteran actress of both the small and silver screen who was notable on television for her role as the devastated mother of the deceased Laura Palmer in Twin Peaks and her series regular role of Lois Henrickson in HBO's Big Love.

She made her major feature film debut in Norma Rae after beginning her professional acting career a year prior.

Besides Twin Peaks, she has worked with David Lynch in other Lynch creations such as Wild at Heart and Inland Empire.

Born of Polish ancestry in New Orleans to parents Marion Grace and Roger Thomas Caplinger, she was a relative of 19th-century railroad industrialist and early pioneer of California, James Zabriskie.

She worked with Warren Frost in both Seinfeld and Twin Peaks.