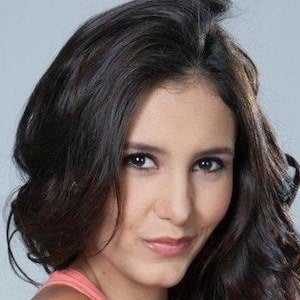 Television show host and soap opera actress, she has hosted shows like Top Tiin on Tiin Network and Picnic on Telehit. Her most well known soap opera role was as Nabile on Televisa's Amores Verdaderos.

She knew she wanted to be on television when she was three years old. When she was a teenager she enrolled in the Centro de Educación Artística de Televisa. She got her start in radio before transitioning to television.

She was on set for her show El Manual while hosting her various shows at the same time in 2015.

She has a sister named Victoria. Her dog's name is Benito.

Part of her job as a television host includes interviewing stars like One Direction, which made her day because she loves Harry Styles.

Bárbara Islas Is A Member Of