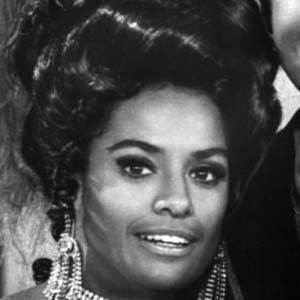 Stage actress who is best remembered for appearing in such Broadway productions as The Body Beautiful, The Pajama Game, and No Strings.

She studied at the American Conservatory of Music.

In 1969, she became the first African-American woman to host her own television variety show, The Barbara McNair Show.

She played a nun in Change of Habit, a 1969 musical drama film starring Mary Tyler Moore.

Barbara McNair Is A Member Of