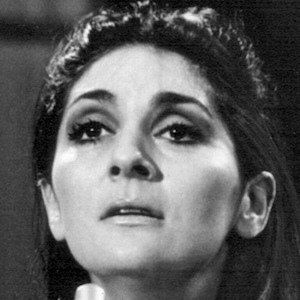 British-born actress and singer who earned Tony nominations for her performances in the Broadway productions of Oliver! and The Threepenny Opera.

She attended the Central Foundation Grammar School in London. She began her performing arts career as a London nightclub singer.

She appeared on such television shows as Cheers and Murder, She Wrote.

She was born on London's East End to Mark and Annie Klot. Her birth name was Lillian Claire Laizer Getel Klot.

She appeared with Clive Revill in Oliver! on Broadway.

Georgia Brown Is A Member Of