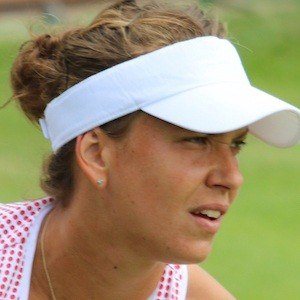 Czech tennis player who's become a top 30 fixture over the course of her singles career. She's also known for being a feisty competitor, often vocal about her dissatisfaction with calls and frequently slamming her racket.

A talented junior player, she broke out in 2002, winning the Junior Australian Open, being named ITF Junior World Champion, and topping both the singles and doubles rankings.

She represented her country at the 2004 Olympics and won the 2015 Fed Cup.

Barbora Strýcová Is A Member Of