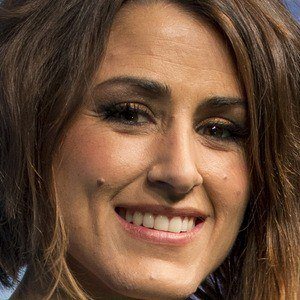 Pop singer who became known after participating in the Eurovision Song Contest 2016 with the song "Say Yay!" She is popular for her albums You Number One, Billete para no volver (No-return Ticket) and Throw The Dice.

She started recording cover songs to the likes of Christina Aguilera, Laura Pausini, and Lara Fabian at 16.

Her song "Say Yay!" reached #1 on the iTunes Spain charts on several occasions.

She was born Barbara Reyzabal in Madrid. She is one of four siblings. Her father died just after she was born.

She has cited her musical influences as Michael Jackson and Stevie Wonder, among others.

Barei Is A Member Of