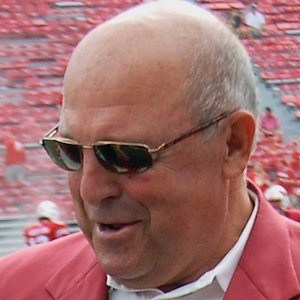 Football coach who became the all-time winningest coach in Wisconsin Badgers history, compiling a record of 118-74-4 between 1990 and 2005.

He played linebacker for the Nebraska Cornhuskers.

He worked behind the meat counter of his uncle's market growing up.

He was the only coach in the Big Ten to record consecutive wins over the Ohio State Buckeyes while Jim Tressel was their coach.

Barry Alvarez Is A Member Of