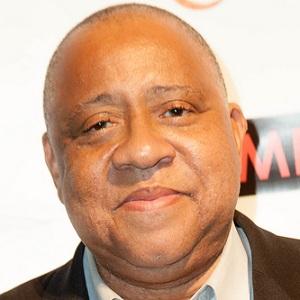 Though he is best known for his roles in Collateral, Ali, and other Michael Mann-directed films, this cinematic character actor also appeared in episodes of such television series as Luck and Body of Proof.

He began his professional acting career in his late thirties, making his screen debut in the pilot episode of a never-aired television series called Clippers.

He appeared with Tom Hanks, Stanley Tucci, and Catherine Zeta-Jones in Steven Spielberg's 2004 film The Terminal.

In Ali, he shared the screen with both Jamie Foxx and Will Smith.

Barry Shabaka Henley Is A Member Of