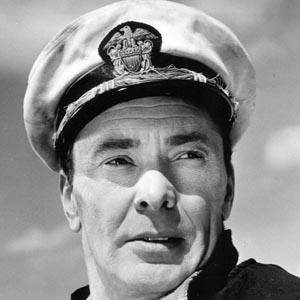 Actor who starred alongside Kirk Douglas in the 1952 MGM drama The Bad and the Beautiful. He later appeared with Bette Davis in Payment on Demand. He made appearances in over 100 films.

He played semi-pro football while in college, and his rugged good looks and athletic build got his foot in the door on Broadway.

He was an advocate for the mentally disabled, as well as an active member of the Democratic Party. He acquired two stars on the Hollywood Walk of Fame - one for TV and for film.

He married and divorced three times, and had three children.

He starred opposite Bette Davis in the 1951 film Payment on Demand.

Barry Sullivan Is A Member Of