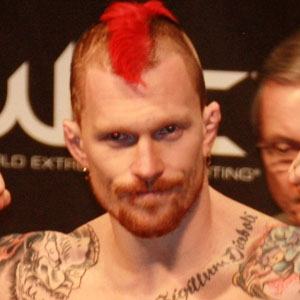 Polish-American lightweight fighter who signed with the UFC in 2010 after beginning his career in WEC.

He worked as a photographer and graphic designer before finding an interesting in mixed martial arts.

He had WEC Knockout of the Night against Alex Karalexis on December 3, 2008.

He married his longtime girlfriend, Jen, on November 15, 2008; the couple has a daughter named Natalia.

He knocked out Tyson Griffin at UFC 137.

Bart Palaszewski Is A Member Of