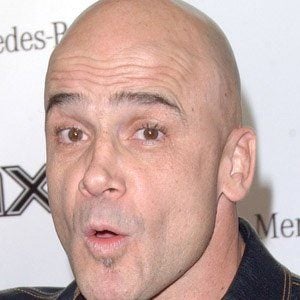 Former UFC Heavyweight Champion, became a co-host for Inside MMA.

He had eczema and asthma as a kid, which led to constant bullying.

Not limiting himself to fighting in the ring, he also took on two bouncers at the same time in a Swedish bar.

He had two daughters with his wife Karin.

He has been on many talk shows, including Joe Rogan's, where he told Rogan the story about the bar fight in Sweden.

Bas Rutten Is A Member Of