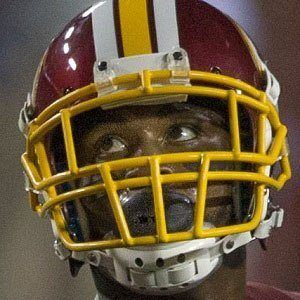 Cornerback who was drafted by the Washington Redskins in the fourth round of the 2014 NFL Draft out of Clemson University, where he won the 2014 Orange Bowl. In his first NFL season, he started for the Redskins and was named to the NFL.com All-Rookie Team.

He was an All-State player at Allendale-Fairfax High School in Allendale, South Carolina, where he played quarterback as well as defensive back.

He was a track and field star who won SCHSL State Championship titles in the 110-meter and 400-meter hurdles in 2010.

He replaced an injured DeAngelo Hall as a starting cornerback for the Redskins in his rookie season.

Bashaud Breeland Is A Member Of