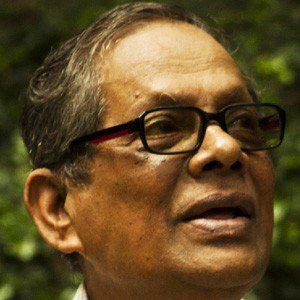 Prominent Bangladeshi architect, planner, and educator who designed over 300 buildings. He was influenced by revered architect Alvar Aalto and became known for incorporating his cultural roots into many of his designs.

He graduated from the National College of Arts in Pakistan in 1964. He then obtained a teaching assistantship at the University of New Mexico in 1971 under the John Heimrich Tuition, Scholarship.

He worked on the design for the University of Mexico while at the Boston architecture firm, Kallmann McKinnell & Wood.

His family was popular within his childhood home of Brahmanbaria, where his father served as Deputy Collector within the Sylhet district. He later designed his home and studio in Dhaka.

He was from Bangladesh, where Ziaur Rahman was president from 1977 to 1981.

Bashirul Haq Is A Member Of