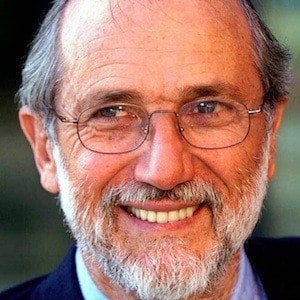 Designer of The Shard, Europe's tallest skyscraper, which was opened to the public in 2012. His other works included The New York Times building in New York City and the Los Angeles County Museum of Art.

He graduated from the Politecnico di Milano in 1964. His earliest projects included basic shelters and experimental lightweight structures. He worked for the famed Louis Kahn from 1965 until 1970 and Richard Rogers from 1971 until 1977, with whom he designed Paris' Centre Georges Pompidou.

He was listed among Time magazine's 100 most influential people in the world in 2006, ranking No. 10 in the Arts and Entertainment category.

His father was a builder, as was the rest of his family. As a result, his father never quite grasped his fascination with architecture. He grew up by the sea, which he said inspired his obsession with light and infinite surfaces.

He and Eliel Saarinen both became world-famous architects.

Renzo Piano Is A Member Of