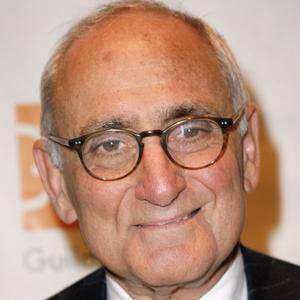 Dean of the Yale University School of Architecture who was focused on context and the continuity of traditions in his work. He might have been the first architect to use the term, postmodernism, which he later reclassified as modern traditionalist.

He did his undergraduate studies at Columbia University, from which he graduated in 1960, and earned a Master's degree in architecture from Yale University, from which he graduated in 1965. He then worked for Richard Meier as a designer in 1966. He and his Yale classmate, John S. Hagmann, founded the Stern & Hagmann firm in 1969, followed by Robert A.M. Stern Architects in 1977.

He was known for his designs of banks, libraries, and academic buildings, such as the George W. Bush Presidential Library at Southern Methodist University.

He was born into a Brooklyn working-class family and dreamed of attaining fame in Manhattan, whose towering structures were visible across the river. He married Lynn Solinger.

He sought to carry on the innovative legacies of such legendary architects as Frank Lloyd Wright.

Robert A. M. Stern Is A Member Of