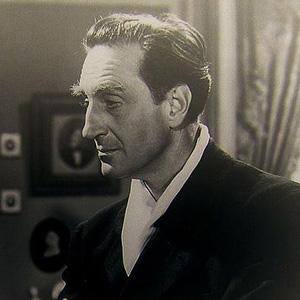 British actor who gained fame for being the first person to play Sherlock Holmes in a Hollywood film. He also played Mr. Murdstone in David Copperfield and portrayed Sir Guy in The Adventures of Robin Hood.

While serving the army during World War I, he demonstrated a skill for disguise in various missions.

Although his career began on the stage, he appeared in seventy films throughout his career.

Sherlock Holmes has also been played by Robert Downey Jr.

Basil Rathbone Is A Member Of