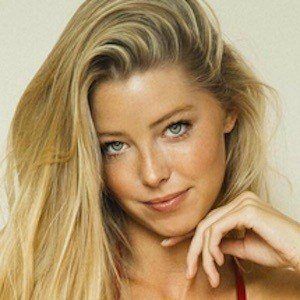 Miss Alabama Teen USA in 2014 who would earn representation as a model with Wilhelmina. She was a top 15 finisher as a model in Birmingham Fashion Week as part of their Fresh Face competition.

During middle school, she entered into a local fashion show and began modeling for local boutiques. She began modeling in her hometown in the eighth grade.

For her 17th birthday, she climbed to the summit of Mount Kilimanjaro. She would attend Auburn University to study Apparel Design.

She has an older brother Josh and a younger brother Luke.

Her younger sister Abby Champion is a model as well.

Baskin Champion Is A Member Of