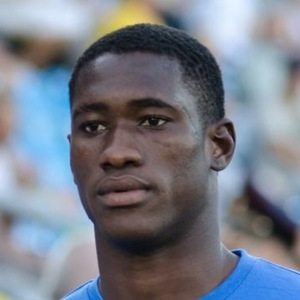 Known simply as Bastos, he has gained renown as a staunch defender throughout his international club career. In 2016, he signed with Italian Serie A club Lazio, where he has played as a prolific defenseman.

He began his professional soccer career in 2010. He signed with Atlético Petróleos de Luanda within his home country of Angola.

He played for Russian Premier League club Rostov between 2013-2016. He helped lead the club to their first ever Russian Cup victory in 2013.

He has one younger brother named Nandinho, who is also a soccer star.

He and Stefan Radu have played defense for SS Lazio.

Bastos Quissanga Is A Member Of