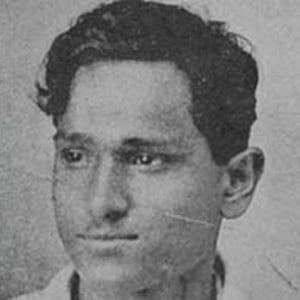 An Indian revolutionary who was sentenced to life in prison after exploding bombs in the Central Legislative Assembly in New Delhi.

He learned how to make bombs while working at the Hindustan Socialist Republican Association.

He secured rights for political prisoners in India by initiating a hunger strike.

He was survived by his daughter, Bharti Bagchi.

Both he and Alabama-born Klansman, Bobby Frank Cherry were jailed for exploding bombs.

Batukeshwar Dutt Is A Member Of