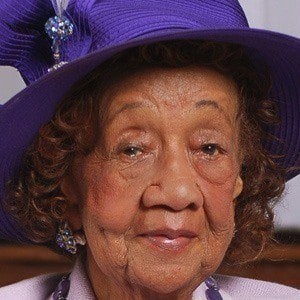 Activist for Civil Rights and Women's Rights causes who served a 40-year term as president of the National Council of Negro Women.

She was accepted at Barnard College in 1929, but she was not allowed to matriculate, as the college had a policy of only allowing admission to two African-American students each year. Instead, she attended New York University, Columbia University, and the New York School of Social Work.

She was born to Fannie Burroughs and James Height in Richmond, Virginia, and she moved to Rankin, Pennsylvania as a young child.

She was presented with the Congressional Gold Medal by President George W. Bush in 2004.

Dorothy Height Is A Member Of