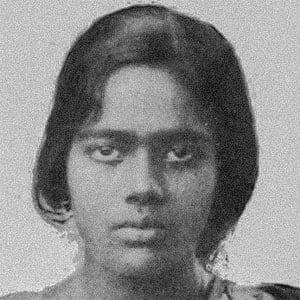 Bengali revolutionary nationalist who became famous for leading a 1932 attack on the Pahartali European Club.

She earned a degree in Philosophy from Bethune College, however her degree was withheld by British authorities.

She purposely consumed cyanide to avoid arrest by the British police after her attack on the Pahartali European Club.

She was one of 6 children born to her parents.

She was part of an Indian revolutionary group led by Surya Sen.

Pritilata Waddedar Is A Member Of