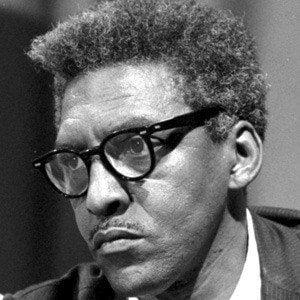 Civil Rights Leader and pacifist who was the chief organizer of the 1963 March on Washington for Jobs and Freedom.

He preformed at New York nightclubs and had a great singing voice.

He was a gay man and he was arrested for a homosexual act in 1953 as homosexuality was criminalized in parts of the United States until 2003.

He had a ten-year relationship with Walter Naegle until his death in 1987.

Bayard Rustin Is A Member Of