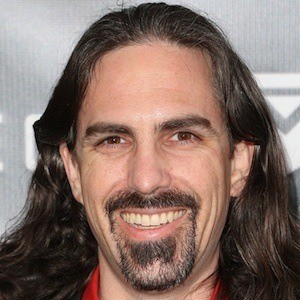 TV and film musician known for his memorable scores on the updated version of "Battlestar Galactica" and "The Walking Dead" on AMC. His main titles for "Da Vinci's Demons" earned him an Emmy.

He studied at the USC Thorton School of Music under famous film composer Elmer Bernstein.

He was nominated for an Emmy for his theme music on "Human Target," the short-lived Fox series.

He married singer and songwriter Raya Yarbrough, whom he met while working on "Battlestar Galatica."

He collaborated with Joss Whedon on "Agents of S.H.I.E.L.D.," the 2013 ABC series that was designed to be a continuation of the Marvel Cinematic Universe.

Bear McCreary Is A Member Of