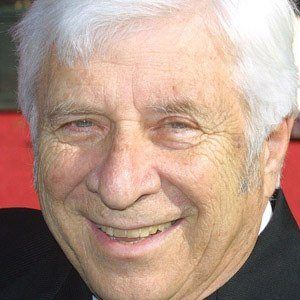 Conducted the scores for "The Great Escape," "The Ten Commandments," and "To Kill a Mockingbird." He won an Oscar, Emmy, and two Golden Globes.

He played the role of Caliban in the Broadway version of "The Tempest." He also performed as a dancer and gained recognition as a painter.

He worked on the musical score for Martin Scorsese's film "Cape Fear" from 1991.

His parents were Selma from Ukraine and Edward from Austria-Hungary.

He was close friends with composer Leonard Bernstein with whom he also shared a last name.

Elmer Bernstein Is A Member Of